There are a whole range of reasons why binary options have become so popular as a means of making money from financial speculation. Perhaps the most significant is that they offer one of the fastest ways in which to profit from movements in financial markets.

The introduction of the hourly digital contract expiry when it was first launched gave traders a fast way in which they could realize a high profit. This meant that it was possible to not only limit exposure to and therefore risk in the markets, but also that multiple contracts could be placed to make high repeated profits from a single market move.

This fast paced approach to trading has however been made even faster more recently with the introduction of ‘60 second binary options‘.

TradeRush was the first of the 60 second binary options brokers to launch the product. They brought a product to market where you would no longer even have to wait for the hour to reached before you could make a profit. The returns offered were the same, or some cases higher, than on the ‘classic’ binary contract, making this just about the fastest way in which to make money from trading.

The 60 second binary contract has of course been emulated by other brokers in the industry. It now it forms part of the standard contract line-up with many brokers. In fact many traders have now become so focused on these short term contracts that they trade them exclusively. 60 second binary options strategies are now widely available and it certainly seems that this is one of the preferred methods with which to trade. The attraction of course is that they are marketed as offering just about the closest thing to ‘instant’ profits that you can get in the world of financial trading today.

There are a lot of comments around the web such as ‘I want to try this TradeRush thing’ and ‘how does TradeRush trading work.’ From these comments I take it that people are actually referring to trading with sixty second binaries since this broker has become so synonymous with these contracts.

So do they provide a more profitable way to trade? This is the big question. There seems to be an illusion that the shorter contract length somehow translates to higher profits. Of course this is not true. The payouts are broadly the same and you have the same mathematical odds of profiting with this higher/lower option type as you would with any other similarly constructed contract. The only difference is the time-frame used. This simply means that you will see your results more quickly.. whatever they may be.

Far from providing an easier way in which to make money from your trading, there are actually a number of additional obstacles that you will have to account for when using sixty second contracts. The first of course is the markets themselves.

No matter what asset you trade the short term volatility that you will witness on the chart actually increases at the macro level. By this I mean to highlight that even though an asset may be trending upwards strongly, it will not do so in a linear fashion. The easiest way to see this is open up a chart on the EUR/USD. Find a period where it was trending strongly for the day. Then switch to a 1 minute chart view. It is easy to identify if the market is moving up or down for the day but can you really predict where it will move over the next sixty seconds?

The second variable to your success in trading is the broker. The prices that you can buy and sell your contracts for are determined by a number of factors but unfortunately the live market price does not tend to be one of them. In the small print of many binary brokers terms and conditions you will find reference to their pricing being based on the ‘price that the market is willing to buy and sell the option at.’ Of course no one really knows that this means but it suggests that the pricing used on contracts is at best in accurate and at worst open to manipulation.

There is also a feeling among some experienced traders that brokers will enable ‘spreads’ on their pricing to add another variable to the trading mix. The upshot of course is that when you are trading for such a short time period, even missing your entry level by a few ticks can prove to be the difference between booking a profit and loss when the contract expires.

One final point to note is the reliability and speed of the platform. Here again the broker can have a big influence when trading short term strategies. Slow order execution can mean that you miss your entry price. It is also not uncommon to be ‘logged out’ of your account just when you are ready to pull the trigger. Just another variable to frustrate the process. After all if it was easy to make high profits from these contracts then do you really think your broker would be happy with you taking them to the cleaners?

Should You Trade With 60 Second Contracts?

This is a hard question to answer. Certainly shorter time-frame contracts have many more variables to them than just the strategy used. In this respect they are much more a of a ‘lottery’ than using either hourly or end of day contracts. In the same way that you can make fast profits you can equally lose your stake just as quickly.

There are also other factors to consider such as the increased tendency to over trading which comes from such fast paced trading and the temptation to veer from your strategy in the heat of the moment. That said, I recently reviewed a binary options trading strategy for sixty second options that worked well (click to read more) and was able to deliver good performance despite the pitfalls mentioned above.

The advice for those people who want to trade over 60 seconds is to be mindful of the above. Accept that at times you will be playing games with your broker. Provided you acknowledge this, retain your discipline and maintain strict controls on your risk (trade with no more than 5% of your account) then you will give yourself the best chance of success when trading with 60 second binary contracts. 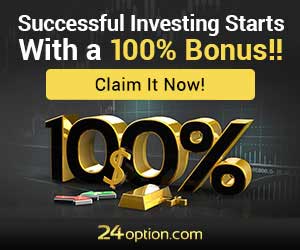